Watching an excellent Netflix series called Connected last night, I discovered Benford's Law. Well I didn't discover it of course, and actually, neither did Benford.

An astronomer by the name of Simon Newcomb discovered it when he noticed that, in a book full of logarithm tables, the earlier pages (that started with 1) were much more worn than the other pages.

[It was] physicist Frank Benford, who tested it on data from 20 different domains and was credited for it. His data set included the surface areas of 335 rivers, the sizes of 3259 US populations, 104 physical constants, 1800 molecular weights, 5000 entries from a mathematical handbook, 308 numbers contained in an issue of Reader's Digest, the street addresses of the first 342 persons listed in American Men of Science and 418 death rates. The total number of observations used in the paper was 20,229.

Benford's law states that the leading digits in a collection of data set are probably going to be small. For example, most numbers in a set (about 30%) will have a leading digit of 1, when the expected probability is 11.1% (i.e. one out of nine digits).

Turns out that that Benford's Law can be used in forensic accounting to to check if you've cheated on your taxes.

In fact there are many applications for Benford's law for validating data sets and checking for fraud, including voting, checking on the county's COVID-19 reported case data, and even discovering fake Russian twitter bots.

... On Twitter, we were able to investigate the nodes that had a poor correlation with the expected distribution. Out of 20,000 accounts we looked at, about 100 strongly violated Benford’s Law and every one of them was a Russian bot — automated accounts, based out of Russia, and socially connected to one another presumably to appear “legitimate”.

Before you go Googling Benford's law and how it applies to stock markets, share trading and gambling, human psychology can schew what would normally be a Benford curve distribution. Such is the case in share trading and even voting... which is perhaps why some non-western organisations set up fake social media account.

Also check out Episode 4 of Connected on Netflix. Fascinating stuff. 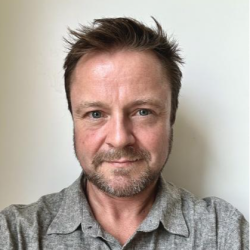